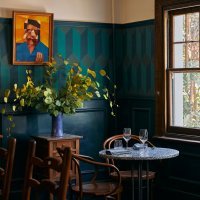 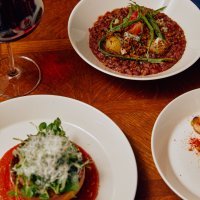 “This year I visited Eyre’s home in Beaune, where I tasted alongside her pet rabbit, which has a habit of chewing through the curtains. “The alcohol levels are lower for me in 2020, between 13.0° and 14.0°,” she explained. “I started picking on August 28 and everything came in fairly quickly.” This portfolio comes from contracted fruit, so there is always a little change from year to year that cannot be helped, and indeed, growers like Eyre are impacted by the inflation in costs of buying fruit in 2021. But there is no question that she has the knack of this winemaking lark, which is why she has a loyal following in the UK and other countries.”
Neal Martin, Vinous

2020 was the final vintage made by Jane in the Château de Bligny ‘custom crush’ premises before finding her own winery in the hamlet of Cissey a few kilometres to the south, a wonderful opportunity for future development of the brand which has been enjoying new levels of success over the last two or three years.
Jasper Morris, InsideBurgundy.com

Having become the first Australian and woman to be named La Revue de France’s Negociant of the Year last year, which resulted in a huge amount of worldwide interest in her wines, Jane’s small brand continues to go from strength to strength.  Her 2020s are as good, if not better than her 2019s and these were the last wines to be made at her former premises as she has now started construction on her own winery that will be up and running for this year’s harvest.

We are delighted to be hosting this lunch at Patsy’s, one of Melbourne’s newest restaurants which has been opened by the team behind two of Mornington Peninsula’s best restaurants, Bistro Elba (Sorrento) and Donna Maria (Flinders).  Pasty’s is a wine led, meat-free venue with a focus on using the best possible produce with most of the ingredients being sourced  from the owner’s garden in Daylesford as well as working with vendors from the Victoria Market.

It’s a great line up of wines (and food!) including two of her recent Australian releases (with her Tassie Pinot made in conjunction with Jim Chatto) as well as two Cru Beaujolais and red burgundies from village wines through to Premier and Grand Crus.

Request the “Wine Racking for Your Cellar” ebook

Enter your details below and we’ll get back to you as soon as possible.

Request the “Designing or Building a Cellar” ebook