Shop our selection of fine wines and beautiful accessories
to elevate your drinking experience into something special.

MacPhee’s has been creating beautiful bespoke wine cellars and spaces for 18 years so we understand the importance of caring for your well-earned wine collection. Exclusive distributor of leading, world class products designed to protect and display wine collections, MacPhee’s offers a single point of contact for all your wine needs.

Our team also provides personalised advice on residential, multi-residential and hospitality projects including all the technical aspects of designing and building a proper wine cellar. Australia wide with showrooms in Melbourne and Sydney by appointment.

Just as MacPhee’s have been creating beautiful bespoke wine cellars and have been providing world class products to protect and display wine collections for the last eighteen years, the MacPhee’s wine team is now equally dedicated to helping our clients find the perfect wines and accessories.

Headed by Marcus Ellis, our fine wine manager, the wine store team have over 80 years experience collectively and have both the knowledge and passion to help you find everything from that delicious, affordable every day Pinot to those wines that will still be looking great in your wine cabinets or climate controlled cellars ten to twenty years from now!

Our head office and showroom recently moved into bigger and better premises (around the corner) where you can purchase a carefully curated selection of wines and some of the world’s best wine glasses and accessories. We also have the facilities to host tastings, wine courses and wine masterclasses in addition to the superb calendar of wine dinners and events that we have planned right around Australia! 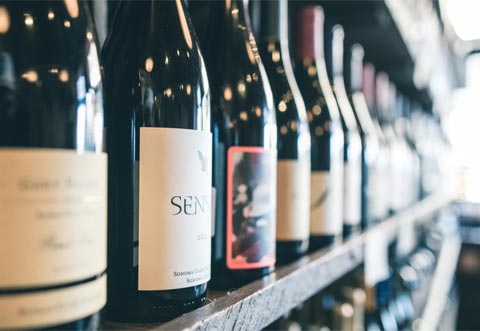 At MacPhee’s, we live and breathe and talk wine and whatever your budget, nothing makes it into the store without it having been tasted and approved by the wine team. Whether it’s something affordable to drink tonight or a rarity to cellar for the next fifteen years, you can begin your journey with us here and now! 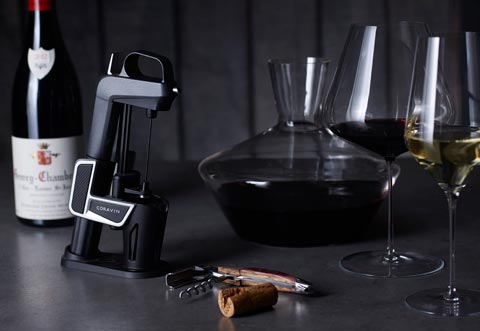 From elegant Zalto glassware to Laguiole handmade corkscrews, wine preservation systems and l’Orfèvrerie d’Anjou Ice Buckets that have been made in the same town in the Loire Valley since the 18th century, our range of accessories are sure to enhance your drinking experience! 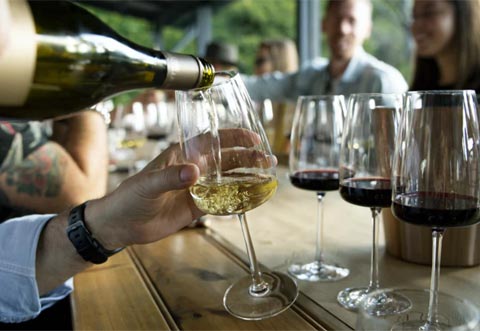 MacPhees have put together an exciting program of exclusive wine events. Hosted by our team as well as some of Australia’s most sought after winemakers and speakers, our intimate dinners, mini expos, wine courses and masterclasses are a great way to learn a little (and sometimes a lot) more about wine and have fun doing it!

With over eighty years collective experience, our team of experts (and we don’t use that term lightly) are always on the lookout for new and exciting discoveries as well as securing allocations of those hard to find gems. Most importantly, they are dedicated to giving our customers the friendliest and best service, guidance and advice when it comes to anything vinous! 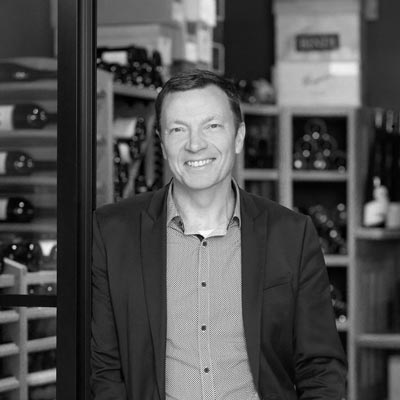 Craig has been cellaring and drinking wine for over 40 years (he started cellaring at a very young age!!) and was the joint founder of MacPhee’s which launched in March 2002. A highly trusted advisor to both industry professionals, restaurateurs and private individuals on all things wine cellaring, Craig leads the wine team at MacPhee’s.

Prior to founding MacPhee’s, Craig had a long successful career in financial services, his last role as CEO of a subsidiary of a major bank. He has an MBA from the AGSM UNSW and is married to Tania (The Boss) with two teenage boys.

Craig is a highly passionate and knowledgeable wine enthusiast who takes great pride in helping clients build their wine collections into something that will bring them immense drinking pleasure. He is focussed on establishing MacPhee’s as the most trusted, expert, approachable and customer focussed fine wine retailers in Australia. 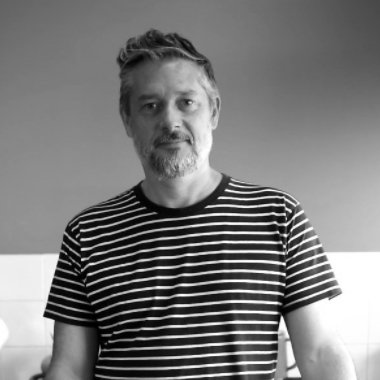 With a career spanning 30 years, Marcus has worked across the world of wine and food. For over a decade, he directed the wine program at the culture-shaping Melbourne Wine Room, curating a near 1,000-bottle list. Established by Donlevy Fitzpatrick and Maurice Terzini, along with chef Karen Martini, the MWR was a foundation stone in Melbourne’s subsequent fine-wine boom. It was awarded the Wine List of the Year Award in 2000 and was a hatted restaurant for over 15 years.

In 2004, Marcus launched St Kilda’s mr. wolf in partnership with Martini and Michael Sapountsis, with a deep focus on Italian wines. Since the sale of the MWR in 2011, Marcus has worked as a wine consultant and food and wine writer and editor, partnering with importers, wholesalers and independent wineries.

Marcus has been the editor for Young Gun of Wine, creating content and writing extensive profiles on Australian wine regions, makers and wine-focused venues. He also chairs monthly panel tastings, featuring top sommeliers, MWs and industry-leading winemakers. He has also worked as an editor and collaborative writer with Pan MacMillan and Hardie Grant. His credits include books with Karen Martini, Three Blue Ducks, Grown & Gathered and Broadsheet. 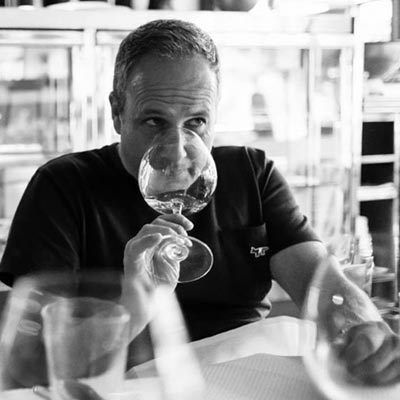 Melbourne born and bred, Philip has more than 25 years’ experience as a passionate retailer, educator, wine show judge and wine writer. In 1996, Philip joined the van Haandels at The Prince of Wales and Stokehouse in Melbourne where he was responsible for all the wine buying, wine lists (including Circa’s award winning list) and sommelier training. With the van Haandels Philip was the founder and a partner in Prince Wine Store (1996 – 2015) and then with new partners Bellota Wine Bar (2013-2015). From 1999 – 2016 he wrote the monthly wine column for The Australian Financial Review Magazine.

Philip has chaired a number of wine shows including the James Halliday Chardonnay Challenge and Yarra Valley Wine Show, Margaret River Wine Show, Mornington Peninsula Wine Show and, most recently, The Australian Pinot Noir Challenge. From 2016 – 2019 Philip was the General Manager of Wine for Lucas Restaurants in Melbourne including Chin Chin (Melbourne and Sydney) and Kisumé (which won the Gourmet Traveller Best Wine List in Australia in 2017) and these days he divides his time between being General Manager of Wine at Karen Martini’s new restaurant, Hero and consulting to MacPhees!

MacPhee’s Wine Offers provide reviews and the opportunity to purchase from a curated selection of fine wines.
Our team has years of experience in the industry with unparalleled access to highly sought-after wines via an extensive network of leading Australian wineries and importers. Each Wine Offer presents wines that we believe offer the best drinking and cellaring experiences in the market across various price points. The chance to discover new wines and to build your wine collection into something quite special over time.

Request the “Wine Racking for Your Cellar” ebook

Enter your details below and we’ll get back to you as soon as possible.

Request the “Designing or Building a Cellar” ebook